Black Rainbow Installation, Rop van Mierlo
By printing all 7 colours of the rainbow on top of each other in all possible different orders you end up with a black rainbow: the most colourful rainbow that’s out there, in print at least. The top row represents the 7 separate layers. The second row shows these layers printed on top of each other.

Day light, Morning light, Sacha van den Haak & Felix van Dam
A key step during the screen printing process is to treat the mesh with light sensitive emulsion and to expose it to UV light. Sacha van den Haak and Felix van Dam focused on the influence of light during this exposure process, for instance by testing with different light sources, distances and intervals. Each test was a recording of how the light source related to the sensitive emulsion during the exposure time. Eventually Sacha and Felix used the ultimate light source; the sun. 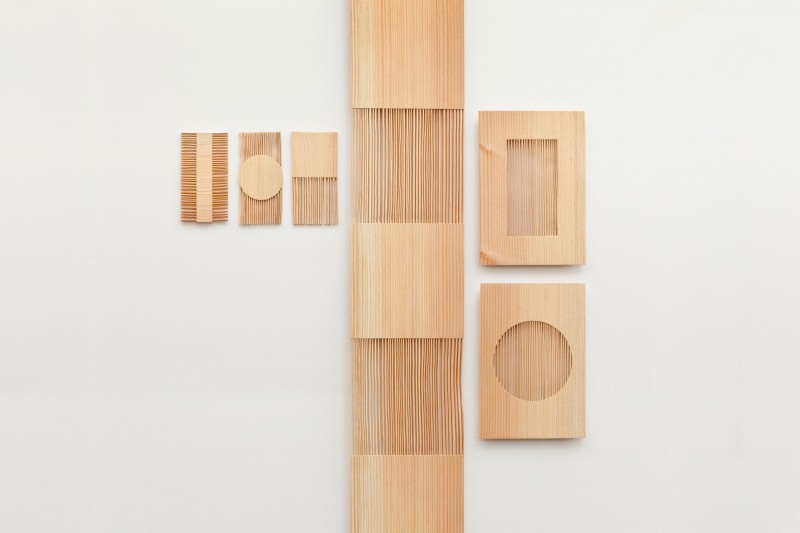 Diptych, Lex Pott
A series of objects in a variety of sizes, some functional, some more autonomous, but all deriving from the same principle: laying bare the annual rings of a tree by sand blasting the material, and thereby unveiling its hidden history.

You can see the life of the tree in the wood: good summers give a wide annual ring, harsh winters a thin one. By sandblasting you blow away the soft rings of summer, leaving a wide gap. 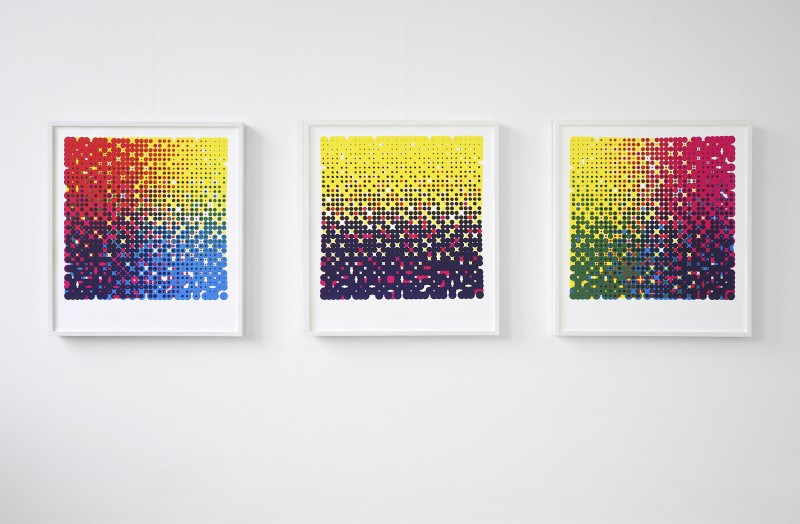 A Sequence of Operations, Rogier Arents
The character of the artworks is defined by three variable elements: the colour of the ink (cyan, magenta and yellow), the position of the paper in relation to the silk screen (turned 90 degrees repeatedly during the screen print process), and by continuously changing the pattern of the screen by the random removal of grid point stickers. Rogier Arents approached the silk screen printing process as a kind of computer program: A formula with variables, an input and an output. Each step leads to a new composition, resulting in 50 unique artworks.