I Was There update

Tonight the art event Palais Paradiso will take place in Paradiso. Especially for this event we’ve done a collaboration with the artist Dadara. Dadara will present his Exchanghibition Bank project during Palais Paradiso and the artwork he has made for I Was There is related to his project. This unique souvenir will be available for download during the event in the Paradiso building (via QR code) and on the Phone Expo website.

Besides these events Incl. is working, together with Philip Vincent Fokker, on a follow up of the I Was There project. We’ll keep you updated. 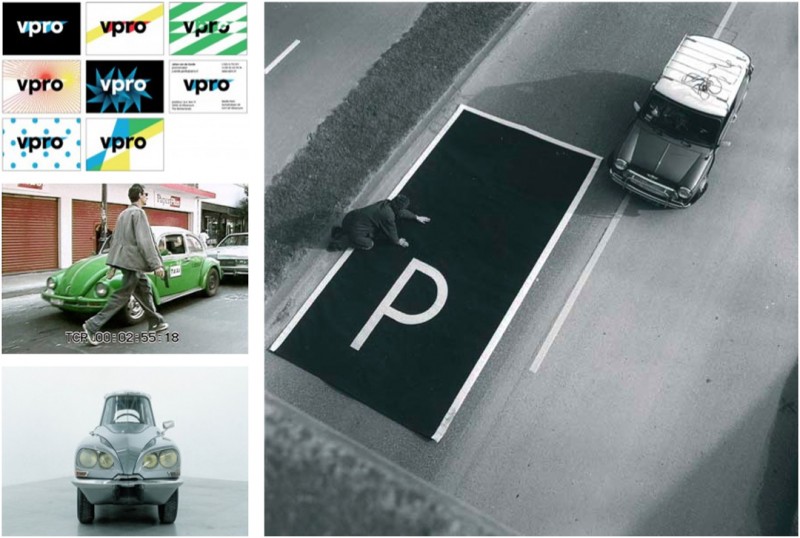 Woes was asked to be a guest curator on smileinyourface.com. He tells about Incl. and the people that inspire him; artists like John Körmeling, Thomas Widdershoven, Francis Alÿs, Gabriel Orozco, Jonathan Meese, Kraftwerk and Ai Weiwei. Read the article here.

Tomorrow sometimeStudio will open in Le Marais, Paris. This store / gallery / magazine aims to bring music, art and design together. We were invited to participate in the first exhibition with two of our works.

Originally the Give Take boomerang was created for the exhibition Mail Art Show (USA, 2007), while the briefing was ‘A message to yourself’. The Springplank / Springboard we created for the 10-year anniversary of WonderWood, a gallery and design shop specialized in woodwork, located in Amsterdam.

If you are in Paris this weekend, we would suggest to visit the opening, since also all other the contemporary art galleries in the street are organizing events. The address is sometimeStudio, 26 rue Saint-Claude (Le Marais).

We are very proud that Found by James has been selected for the SAY 100!

With this initiative Say Media, a media company from New York, aims to ‘highlight authentic and knowledgeable online voices that create engaging content, drive conversation and shape opinion’. For the list they partnered with 10 experts to curate a list of the top 100 voices online.

On the subject of design Swiss Miss picked Found by James as one her 10 favourite design-influencers. That’s a big compliment for James and we are happy to have contributed to this! 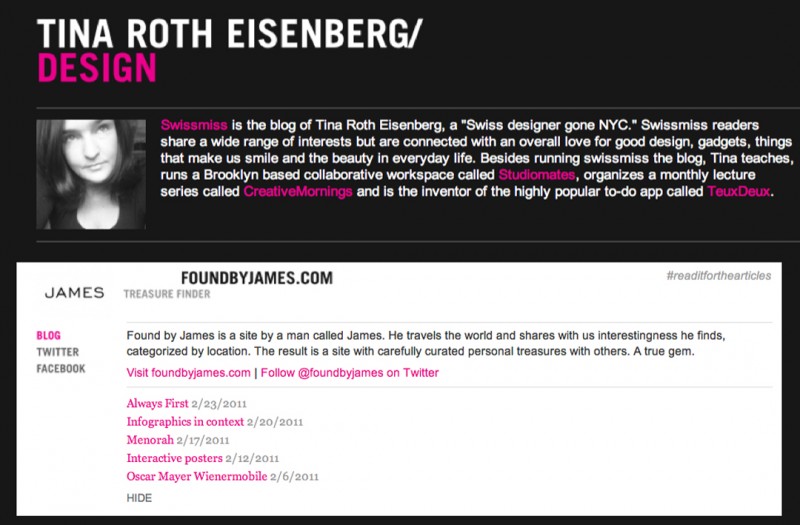 Found by James in Esquire's Style 100

Today we launched our website in a personal way. We delivered a Valentine’s package to a selection of friends, collaborators and (potential) clients. Each box contained a beautiful red rose and a suggestive note. The boxes were delivered by guys in tuxedos wearing special-care white gloves. So far the feedback has been very positive. And we were informed that interesting situations arose, because of the Valentine’s connotation…

We really would like to thank Iksi for developing this website. Again it has been a pleasure to work with you! Cathalijne Gietman has been a great help with copywriting. Boris Nihom & Bas de Boer, we highly appreciate your feedback during the start-up. And thanks to the people who supported us with the Valentine’s Launch: Alexander Brussee / Brussee Bloemen Import, Sermed & Anniek / Van Dijk Art, Erik / Bringo, Lars Onel, Denzel von Deira and Joost van Haaften.

Today an article about the Paradiso Phone Expo is published in Dutch newspaper De Volkskrant. Read it here (PDF 2,3MB).

Today an article about the Paradiso Phone Expo is published in Dutch newspaper Het Parool. Read it here (PDF 1,8MB). 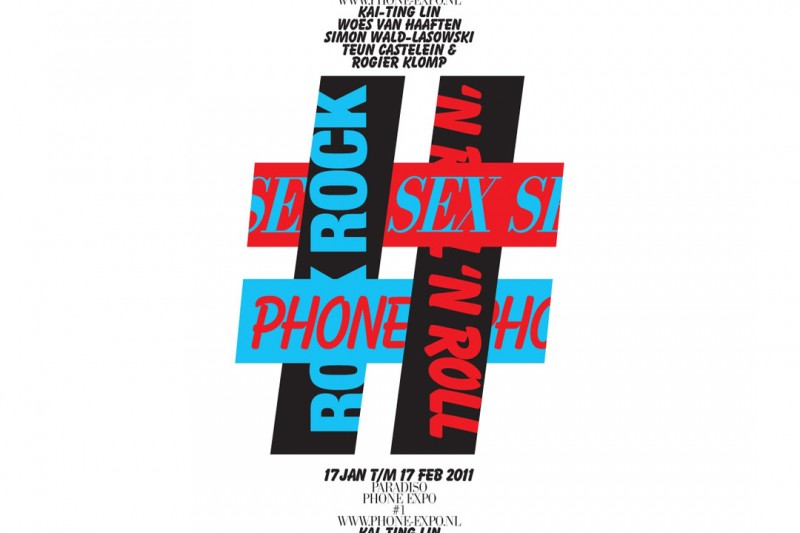 The Phone Expo is organized by cultural institute and concert venue Paradiso, Amsterdam. It is an art ‘exhibition’ that can solely be received on mobile phones. Amongst 3 other artists we were asked to contribute to the first edition of this initiative. We created ‘I was there’. Today we will start this project.