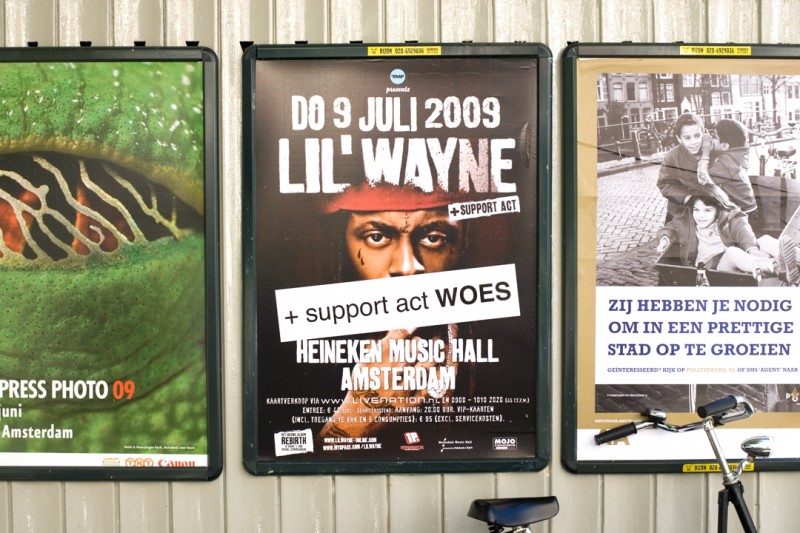 White strips with catchphrases such as ‘Last Show’, ‘Sold Out’ or ‘Cancelled’ can be seen on many concert, play and festival posters. They are a commonly recognized way to communicate changes in those cultural events. The strips are effective: their words usually overshadow the original message of the poster. 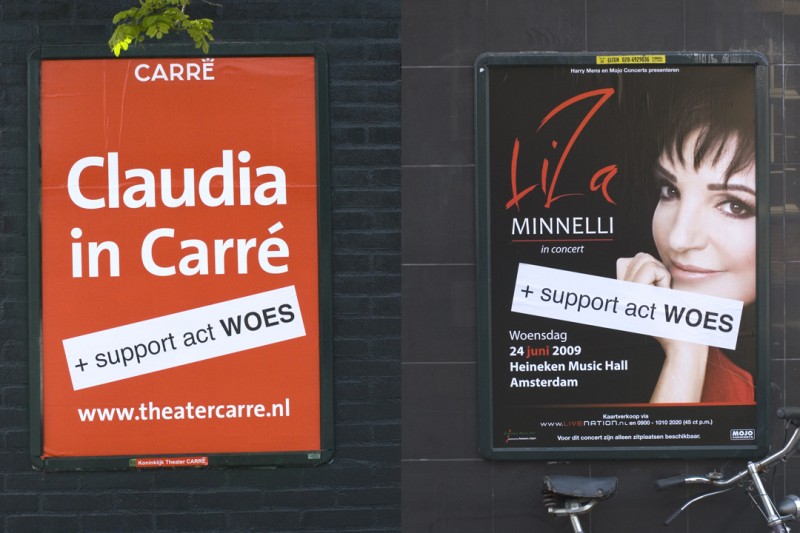 We tested the effect of this communication tool by making new strips. Woes van Haaften’s first name was printed in the familiar black on white design on strips promoting ‘+ support act Woes’. 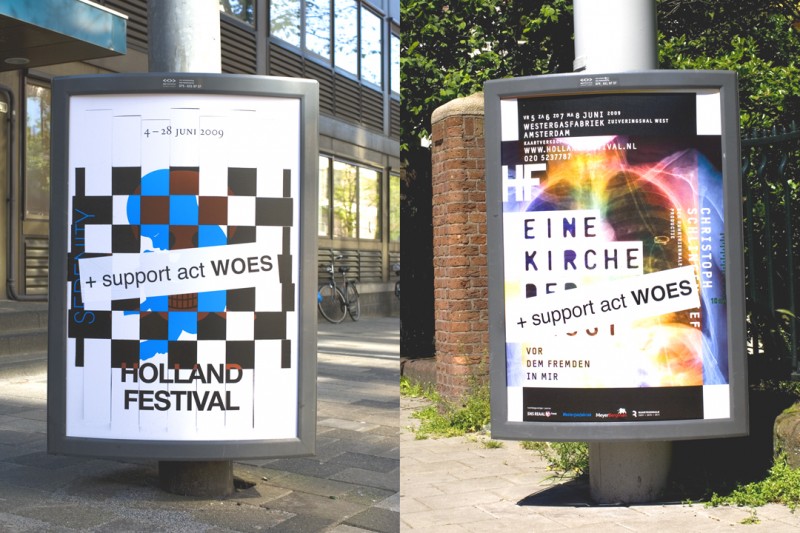 Woes’ identity was recognized easily; he has an uncommon name and grew up in Amsterdam. People that knew him were puzzled. They thought he had given his career a new boost, until it became apparent that his name was featured on so many different posters that something else had to be going on. People that didn’t know Woes were also confused. They didn’t know this artist who was so obviously ‘hot’ and linked to so many events in the city, and felt like they should. 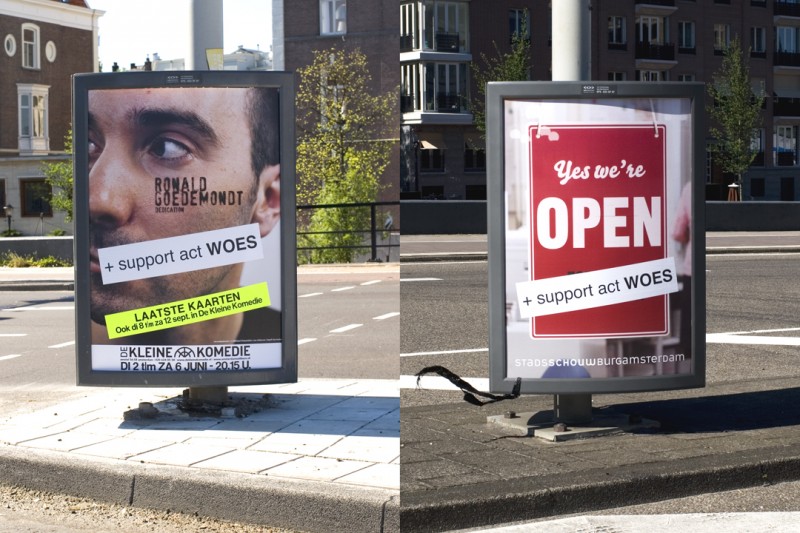