We produced a cross media campaign for the Housecat project, a collaboration between Rop van Mierlo (Dutch Design Award winner) and the successful online design platform Found by James (2010 - 2012).
Rop van Mierlo is a talented illustrator whose book Wild Animals received great international enthusiasm, the book made the collections of MoMa, Paul Smith stores, Palais de Tokyo, Colette and other high-end stores. Online curator and world traveller James, founder of Found by James, is a friend of Rop and recently they got together for an interesting project. This summer Rop illustrated a poster especially for Found by James; a Housecat for the man who is never at home. At this point Incl. got involved and arranged a proper media strategy and campaign. 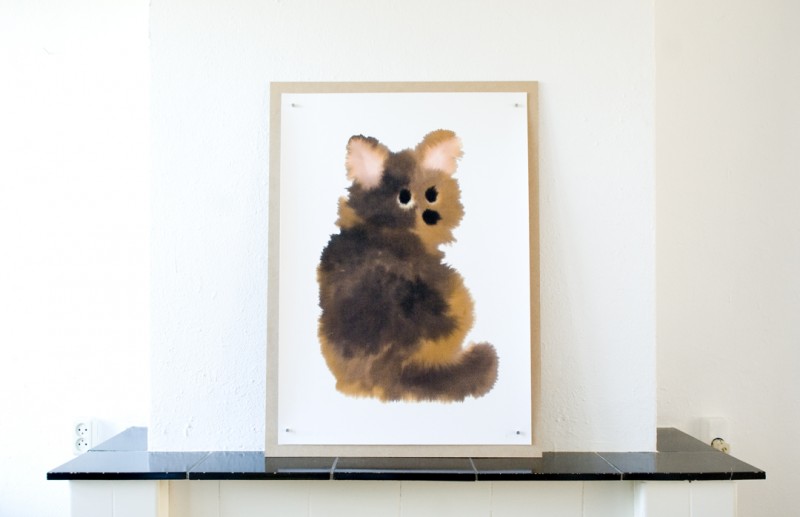 We created a plan with James and Rop in order to promote their collaboration in a subtle and conceptual way, which fits their work and character. We decided to offer a run of 9 exclusive Housecat posters, referring to the 9 lives of a cat. While working on this project we slightly adapted our media plan when we heard that Rop and his Wild Animals book got nominated for a Dutch Design Award (Best Graphic Design). We rescheduled the launch of their collaboration just before the prestigious Dutch Design Week and award ceremony, to let the general attention around this event rub off on Rop’s Wild Animals as well as on Found by James’s Housecat. Herewith we attracted a bigger group of potential buyers and visitors of James’ design platform, since people outside the design community were also targeted.

To give a hint of the collaboration, we made an online teaser video together with Rop and distributed it via Found by James, various other sites and social media. 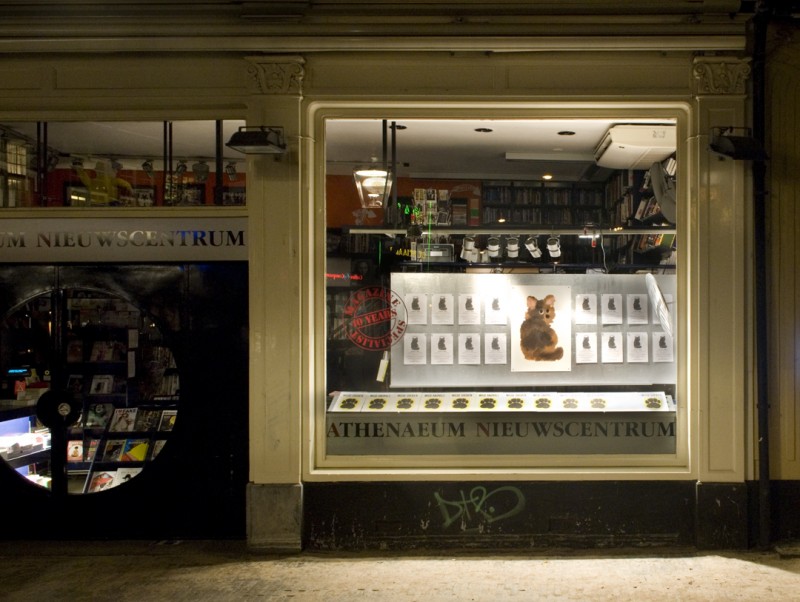 Because of the online character of this project, we needed an offline component as well. Thus we set up a physical display at local heroes Athenaeum Bookstore in Amsterdam and Motta Art Books in Eindhoven during the week of the launch. That way the image of the Housecat was spread amongst the culturally aware in Amsterdam as well as those visiting Dutch Design Week.

The personal approach was delivered by James himself. He sent an envelope to his friends and connections, carrying a handwritten, curious note. During the week of the launch we added one last step; we scattered ‘Lost Housecat’ posters around town and this guerilla promotion created an enthusiastic buzz. Again a broader audience was confronted with the Housecat and Found by James. The idea of a lost housecat, which was found by James, generated intriguing attention for our project.

We were glad to see that our campaign was successful. The exclusive posters (€350) were sold within one week and the project was given attention on several highly appreciated national and international websites (for example My Modern Met, Fontanel, Smile In Your Face, Amsterdam Ad Blog, Het Parool (PDF 1,2MB), Dutch Cowgirls), also reaching a new audience for Rop and Found by James.

Inclusief prefers these kinds of campaigns. Firstly, because we were able to combine unconventional and small-scale actions like handwritten notes by James and scattered Lost Housecat posters throughout the city, with more conventional PR techniques (press releases to the mainstream media). Secondly, the offline campaign was regionally directed in Amsterdam and Eindhoven. However, online the various communications led to international attention. Combining these aspects made the campaign very effective. Moreover, using these diverse offline and online communication tools and addressing different worlds at one time lead to projects and campaigns that are distinct and typically Inclusief.